When I was no longer a little child and school had become a place of torment, my tendency to daydream developed into an almost mystical identification with the natural scene around me. Very unhappy or lonely people often find some compensation and consolation in nature and so it was with me. About that time, I became interested in many new subjects such as Geology, Archaeology, Meteorology and Astronomy the science of which I followed up to a certain point and then became frustrated and lost interest. It was many years before I understood that it was not the technical aspects but the contemplative wonder of these things which really excited me. The longest lasting and deepest of these enthusiasms was Astronomy, and for a few years whenever we had a clear night no matter how cold it was I would be out with my binoculars. The remarkable musician Karl Heinz Stockhausen has told of how he located an energy source that emanated from the star Sirius, even going as far as to claim that he completed his musical studies on a planet within its solar system and left us a piece of stellar music as proof. I cannot claim anything like that but from those many nights of stargazing I drew down incredible amounts of thrilling psychic energy. After scanning the sky, I would go back inside the warm and friendly house elated, but realised then the hopeless impossibility of sharing important and complex experiences with anyone else. But what a glorious sight the southern sky presents in winter with Sirius the Dog star its brightest gem, Orion with his belt and sword, Aldeberan, Capella in Auriga, Gemini and the Twins and the Pleiades with the Milky Way threading throughout! However, I think that I love the stars of summer best, when three of the very brightest objects in the firmament are directly above from midsummer until late autumn: Altair in Aquila, Deneb in Cygnus and in the tiny constellation of the Lyre the bluish Vega which is surely one of the loveliest of all stars. It was in remembrance of those starlit nights of long ago that I began the series of small works entitled Mosaics in which I practiced a form of inverted astronomy and those nights of star watching had more than a little influence on the works of the late 1990s called Souvenirs – portraits that combine romanticism with the science of numbers.

At about that time I somehow developed an ability to focus on some far away object; my favourite was a single elm tree on a low hill just visible from our home which stood a little apart from the other trees and appeared to lean away toward the east; and by concentrating my gaze upon it a mysterious communication would sometimes take place between myself and the object of my attention, creating a powerful psychic rapport. As I entered my teenage years I spent increasing amounts of time wandering the countryside. Many happy hours were spent messing around up in the sandpits or woods; nobody seemed to worry about kids being out and alone in those days and it was often almost dark when I made my weary way home. As the years went by I would make regularly for that distant elm topped height with my dog; the way led along a low ridge of what are called in geology River Terraces, but here there was not the steep escarpment most typical of this geographical feature, instead the land sloped gently down and away to elm-fringed meadows. At the furthest extremity of this ridgeway lay my tree crowned hill, a shelving combe ran down and separated it from the rest of the sandy upland, and I remember making my way across the September stubble when a great orange full moon rose up ahead and I imagined myself to be like some lonely shepherd of the downs that I had read about in the chapter of W H Hudson’s the Shepherds Life entitled Old Wiltshire Days which I had seen in some publication. And there I would sit in a dream-like state, thinking of nothing in particular, watching the darkening marshes at my feet, the great Thames flowing out to the North Sea and the distant wooded hills of Kent all bluish in the evening light. I have never been able to precisely tell what this strange clairvoyance was; there was an aesthetic and a meditative element to it and also a sense of something very ancient or even timeless. But its emergence in my early teenage years suggests to me that there was a powerfully erotic ingredient too. It was as if I had unwittingly become a lightening conductor of some kind of earth magic. With the twinkling lights across the river and the first stars showing, I would make my way home, singing in a floating weightless lyric ecstasy. Some strange superstitious reluctance has meant that I have never read a single word of Richard Jeffries although even before that time I had heard of him, but I imagine that his youthful wanderings over the Marlborough Downs and Liddington Hill were psychic experiences of a similar kind. I identified with the sense of a mysterious unspoken dialogue between distant objects in nature in the paintings of Samuel Palmer and Paul Nash. These types of experiences faded by my early twenties as I knew they must if I was ever going to become at all integrated with the world of men. However, some of the first successful works from my early years at Corsham were attempts to express something of these strange states. 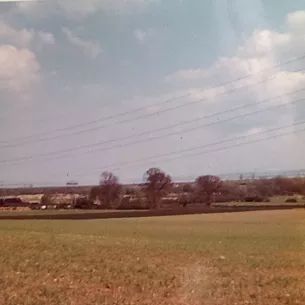 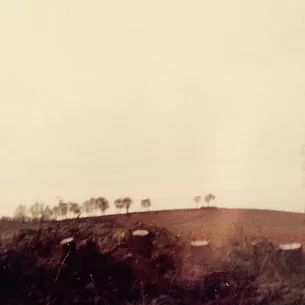 The roadway in front of our house in my early years was not tarmacked and just a little way up past two ash trees was a gate beyond which the rough road became a farm track between scrubby hedges, gradually ascending to the sand and gravel pits which were places of such delight to us children. Somerset Road was the name given to this track, one of the remnants of an ambitious late Victorian scheme to develop a new dormitory town across those fields. Little remained of this failed undertaking, just a grid of roads named after counties prematurely marked in the Ordnance Survey maps of a hundred years ago, a sunken reservoir on top of the hill, a handful of widely scattered groups of attractive villas and a substantial but gloomy row of shops. We also owe the name of our hamlet Linford to these erstwhile property developers, who decided that they couldn’t very well call their new town Muckingford as the little local group of scattered cottages and farms had hitherto been named. The sand pits would go in and out of use as the needs of industry demanded. In the late 1950s there must have been a downturn in house building as whole tracts of this scarred and disturbed landscape returned rapidly to nature; unnatural valleys, water filled depressions, mounds and hillocks would be covered in sweet smelling gorse and broom, brambles and saplings of pussy willow and birch. In later years, the depth and extent of these workings increased dramatically, destroying whole swathes of agricultural land and lovely woodland, but in my earlier days, that is up until about my thirteenth year this was an exciting place to play. Following the present of a big world atlas I developed a mania for studying maps. We had a Bartholomew’s coloured map of the southern counties, and later some of the wonderfully detailed Ordnance Survey series on which I would chart my imagined way along country roads, remote paths, woodland and best of all follow the elusive winding course of rivers up to their source. The tracing of little brooks and streams to the point where they issued from the ground became quite an obsession, so imagine my delight when in those pits at the top of our road I discovered a secret place that had a spring of running water! Some old excavations in a remote part had left an almost vertical cliff of about twenty feet and close to the top of this sandy face a band of impervious clay was exposed. The falling rain water soaked easily through the gravel until it reached the clay where it would sink no further and would run along until it trickled from the cliff. At the bottom of this drop was a piece of level ground quite overgrown with bushes and tall grasses beyond which the land again sloped steeply away. This level shelf would once have accommodated a crane of the sort we called a dragline which would have been used for these excavations but when I knew it there were a number of delightful little freshwater ponds with water plants and bulrushes where I created intricate watercourses diverting water from one pond to another and into the valley below, scheming and hoping not only to introduce some colourful freshwater fish but eventually to join my little rivulets with the waters of the distant Thames. These springs never seemed to dry up even in summer; and in winter you could hear the water splash and gurgle. I think that the many solitary hours I spent in quiet contemplation and creative play in that magical place were probably the happiest of my life. 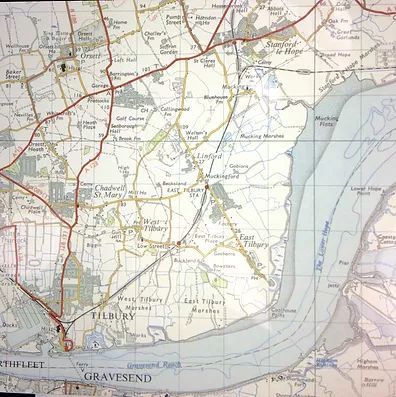 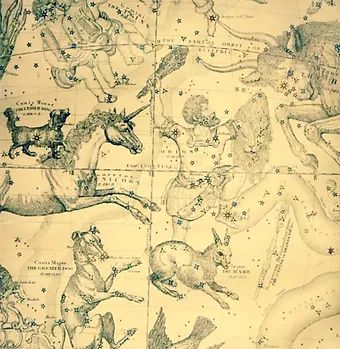